Compared to most large cities in the world, Rio has very few golf clubs. The oldest of them is the Gávea Golf and Country Club, founded in 1926 by a group of Scots and English (as were most clubs in Rio). It was first designed by Arthur Morgan Davidson, and modified in the early 1930s by Stanley Thompson and Robert Trent Jones. Strangely it is not located in the borough of Gávea, but on the other side of the Dois Irmãos mountain, through the tunnel, in the borough of São Conrado.

Golf has never become a popular sport in Brazil, mainly due to lack of access. Almost all the clubs are private, located in high-class neighborhoods, and thus very expensive to join as a member.  Access for non-members is difficult, and green fees are high. Brazil has about 20,000 golf players compared to 25 million in the United States, and the game is played almost exclusively by the wealthy.

The second club in Rio is the Itanhangá Golf Club, reached by turning off right as you come into Barra from the South Zone.  Apart from the golf course, it has a very comprehensive set of social attractions, includings bars, restaurant, pool, sauna etc., and even a polo field. There are 27 holes in all, and though the land is mainly flat, the layout is attractive.

The third golf course within Rio’s city limits is the course built especially for the 2016 Olympic Games. Designed by Gil Hanse, the course was much admired by top world golfers during the Olympic Games. Built in the Western region of the city, known as Barra da Tijuca, the course occupies what was once a nature reserve, and the local fauna, including alligators, can still be seen there.  The future of the course is in doubt, as the city is bankrupt, and so far no organization has come forward to maintain the course and build up the attractions, such as pro-shop, restaurant etc.. Part of the agreement to build it there was that it should be a public course for at least 20 years, so it is essential to promote it, and attract young players to learn the game.

There are two nine-hole golf courses in the mountains outside Rio, one in Petropolis, and one in Teresopolis. They are both delightful courses, but suffer the same problem of access, loss of membership, increase in price and thus lack of growth.  I was a member in Teresopolis, and loved the course, which is far from flat, with high and low tees and greens and the river Paquequer running through, forming a permanent hazard (locally known as the “rio das bolas”).  The club has two pavilions, one for golf, and one for social activities, with a pool, restaurant and tennis courts. There is also a football field and an equestrian area, with yet another pavilion, and stables for the horses. 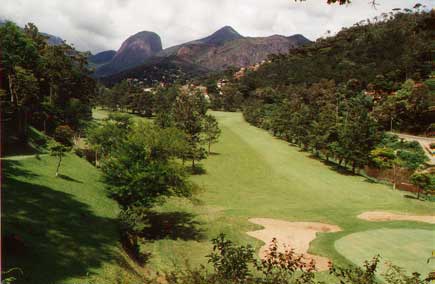 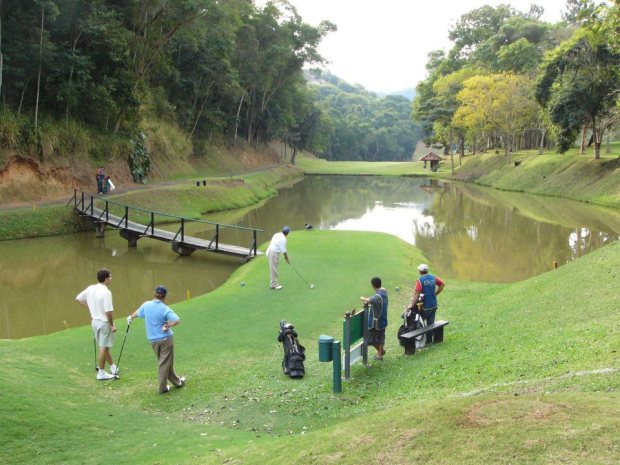 The famous seaside town of Buzios, to the north of Rio, has an 18-hole golf course. Designed by Pete and Perry Dye, from Colorado, and coordinated by Dom Eudes de Orleans e Bragança, the Buzios Golf Club and Resort covers around a million square meters. I remember it as an attractive course, but very big and very hot, there being few trees to provide shade, and no interim kiosks to get a quick drink. There is water, and the 17th hole has an interesting island green. For more information click here

Last but not least, we have the first public golf course in Brazil, the Japeri Golfe – and here I copy from their site:

Japeri Golfe is a social project providing education through sport.  It is home to Brazil’s first public golf course and runs a Golf School that has already touched the lives of around 400 children and young people from the suburbs of Rio. In over a decade of activity the project has returned good results both on and off the course and has transformed dozens of lives – not only of its students, but of their families too.

Created in 2001, the AGPJ (Japeri Public Golf Association) was conceived from the dream of a group of young caddies who worked at one of Rio’s most exclusive clubs and lived in the suburban lowlands. After persuading the Japeri Mayor’s office and gaining the sympathy of the directors of the Rio de Janeiro Golf Federation (FGERJ), the dream became reality. With the support of the FGERJ, the R&A and nationwide, the first public course in Brazil was built and shortly afterwards, the first Golf School for at-risk children and young people was founded. 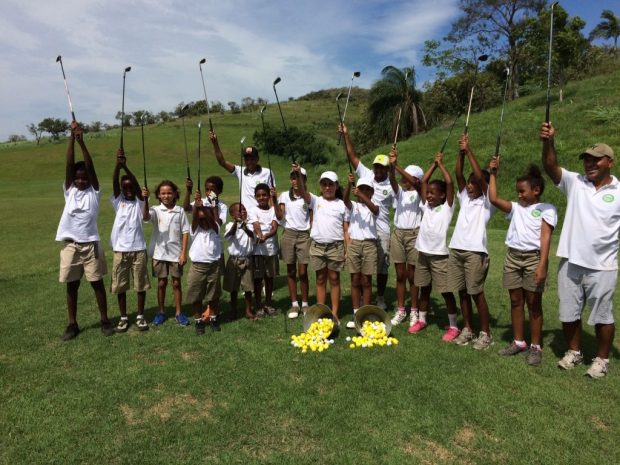 One thought on “Rio’s Golf Clubs”